ONE OF THE MOST MAGICAL OF ALL AT THE EXHIBITS FROM THE
INTERNATIONALLY ACCLAIMED NEW OLD EXHIBITION WAS THE
INSTALLATION BY THE TEAM AT SPECIAL PROJECTS. GEORGIE LEE SPOKE TO CLARA GAGGERO WESTAWAY, THE CO-FOUNDER & CREATIVE DIRECTOR OF THE DESIGN COMPANY ABOUT THEIR INSTALLATION, ‘EXCHANGE’.
. 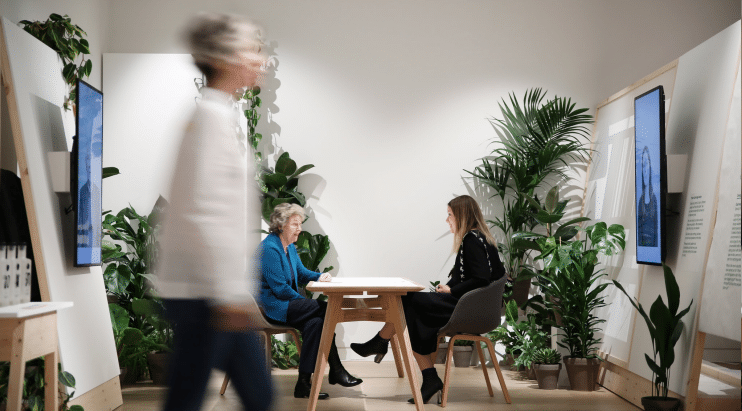 The NEW OLD exhibition, has captured the imagination of people of all ages and from around the world to see a new positive future as we age. I was very lucky to have been involved and part of the exhibition. However for me, and for so many people who have visited the exhibition in the UK and abroad, the stand out exhibit was the installation, ‘Exchange’ by Special Projects.

Rather than designing an object, making a film, or just telling visitors about older people, Special Projects designed an experience that would enable people to learn about ageing by having the opportunity to spend time with older people. To have a conversation, an exchange. They created a special area within the exhibition where they invited a team of people over seventy to come to sit at a custom made table. And while sitting there, members of the public are then invited to sit at the table and ask one question that comes to mind, and then they are asked a question in return.

“There was a feeling that there was craving from both sides for intergenerational contact.”

All conversations were private and were not recorded, but Special Project asked all participants to write down their questions on a large piece of paper on the table.

“We learned so much from looking at all the questions that people asked, ” says Clara. “It was very poignant to read them back. Older people asked lots of questions around the relationship with technology. Questions such as,

“How long have you been without your phone? Or has you ever spent a day without ever looking at your phone?””

I asked about what younger people asked. “Younger people seemed to ask older people for the things which they couldn’t find on the internet. Questions which tapped into the wisdom that comes from lived experience and a longer life. More questions about life, such as, “What should I say to someone at a funeral?”, “ Shall I offer my seat on a bus to someone who looks old, but not very old?” More emotional questions.” 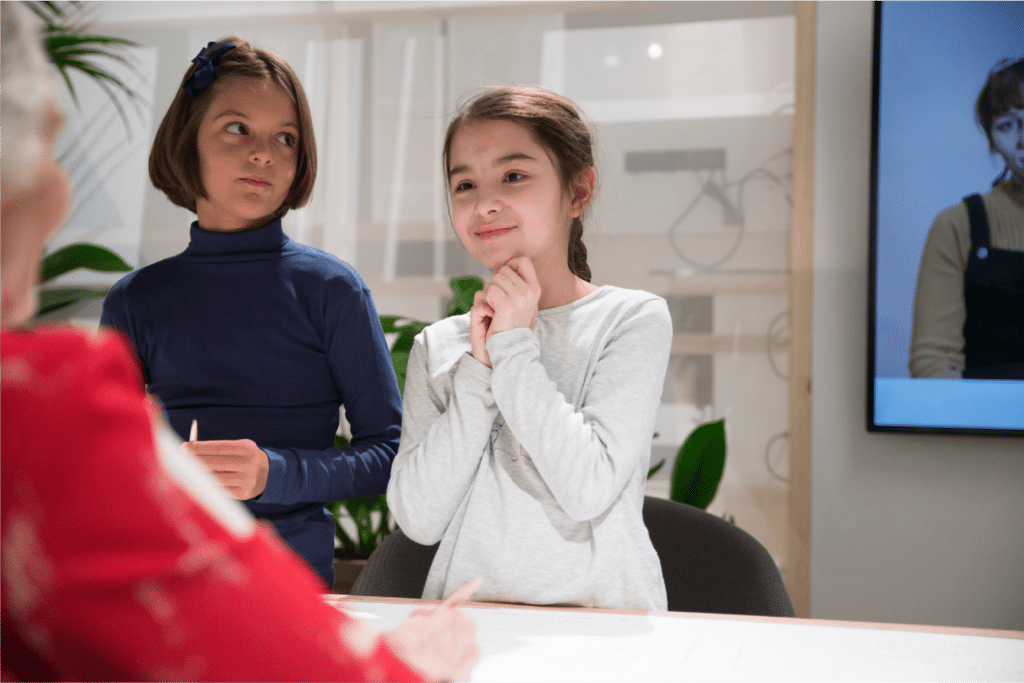 “There was a distinct moment when people started to see age. As people aged, the questions became more respectful; almost as if there was difference between old and young.” 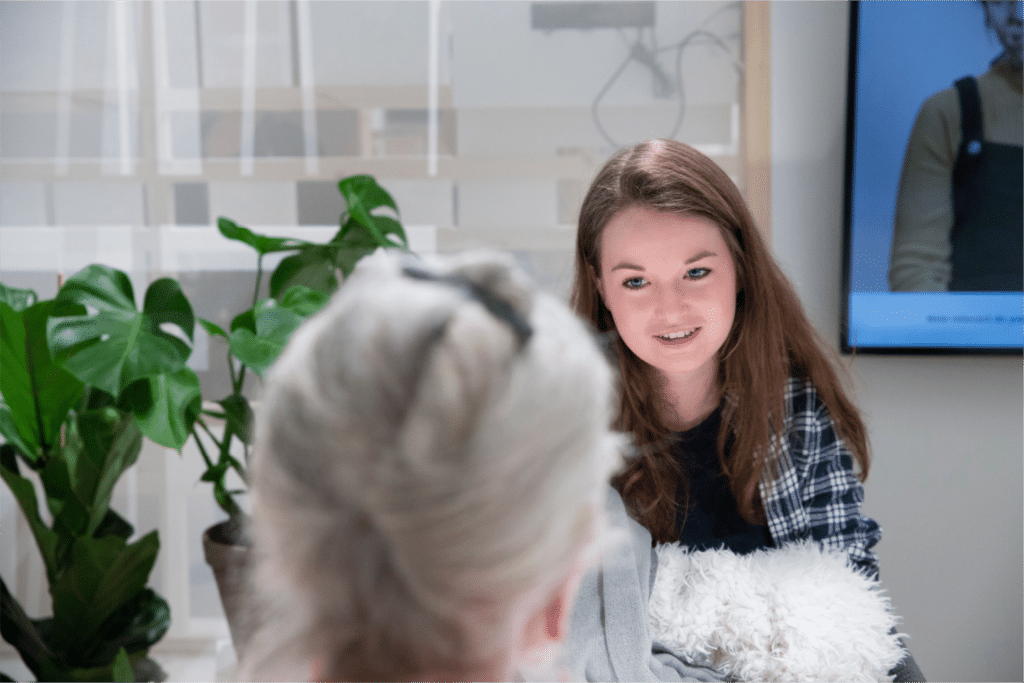 She went on to tell me, that they had many young people who came daily but here was one girl in particular who really moved her. “She was studying in London. Her family were in Asia and she had been brought up with all her family around her. She was now in a mono generational environment in a University. These intergenerational conversations were amazing for her, as she was able to into ask questions of the older people, which really gave her emotional support. For everyone who took part I really felt there was a craving from both sides for intergenerational contact.”

I was intrigued about the moment and age when the visitors who took part in Exchange started to see older. She told me that there was a wonderful equality in the questions that young children asked, questions such as, “who is your best friend?”What is your favourite colour?” “What pizza do you like?” The kind of questions they would ask of their friends. “They didn’t see older, just someone they wanted to talk to.”

But beyond a certain age the tone of questions changed. “There was a distinct moment when people started to see age. As people aged, the questions became more respectful; almost as if there was difference between old and young.”

Creating a respectful and value led dialogue across the ages.
I wanted to find out where the idea of the installation had come from. Clara shared that the idea grew from a need that the Special Projects could feel themselves. They realised that we were not speaking to older people as part of their practice. And living in London with very few older relatives close by or indeed older people they would meet in their local communities, they found that they had ended up with a network of people of peers who they are studied with who were in a very narrow age range. Even their professional network didn’t include older people. They felt they were missing a richer and more diverse perspective.

With this realisation they had the seed of the idea — to create a mutually respectful and equitable dialogue between between people of different ages. To use the power of intergenerational conversations and exchanges to break down the stereotypes and cliches of ageing. As Clara beautifully put, “when you are talking to someone, you don’t see the age, you see the full person and the nuances which make them unique.”

Did anything surprise you about the reaction to Exchange?
“Every guest who came to the exhibition loved it. We had queues every day. Yet, we were surprised that the press who came to exhibition, apart from a few very involved journalists, didn’t write about our installation” says Clara. When I asked her why she thought this was the case, Clara said, “they only wrote about the cliched pieces which were made for the exhibition. It was almost as if the press had an agenda to show the few gadgets which would help the stereotypical view of ageing — loneliness, difficulties of moving around and so on. They didn’t want to engage with the human story of Exchange.”

People of different ages want to talk to each other.
I asked Clara if the installation had changed her? “Every project change you, but this project really gave me more faith in humanity. It showed me that people wanted to talk with each other, showed me that people had great conversations across ages, across cultures. It felt so good to challenge perceptions around a ground of people. It was really poetic. It gave us a great deal of joy.”

You can find our more about Special
Project here
https://specialprojects.studio/-project/outof-the-box/ 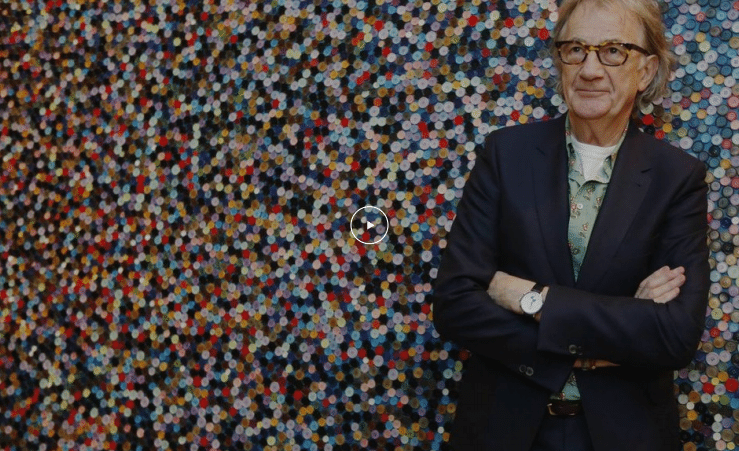 Thanks for choosing to leave a comment. please keep in mind that all comments are moderated according to our comment policy, and your email address will NOT be published. Please DO NOT use keywords in the name files. Let’s have a personal and meaningful conversation.