ROCKING OUR SCREENS WHEN I’M 64

ROCKING OUR SCREENS WHEN I’M 64

ROCKING OUR SCREENS WHEN I'M 64

Rock Till We Drop however, brings together two groups of people over the age of 64, who remind us all that dreams are dreams whatever your age.  As one of the participants points out, “Life doesn’t finish the day you get your pension.” The series is so much more than a musical talent search, it manages to uncover the wealth of experiences, talent and chutzpah that all human beings have, and never forgets that people with big dreams make brilliant TV, whether they are 16 or 64.

One of the creatives behind the camera and development of this rare jewel is Mel Bezalel and we asked her to share some of the journey from brilliant idea to transmissions. Warts and all. 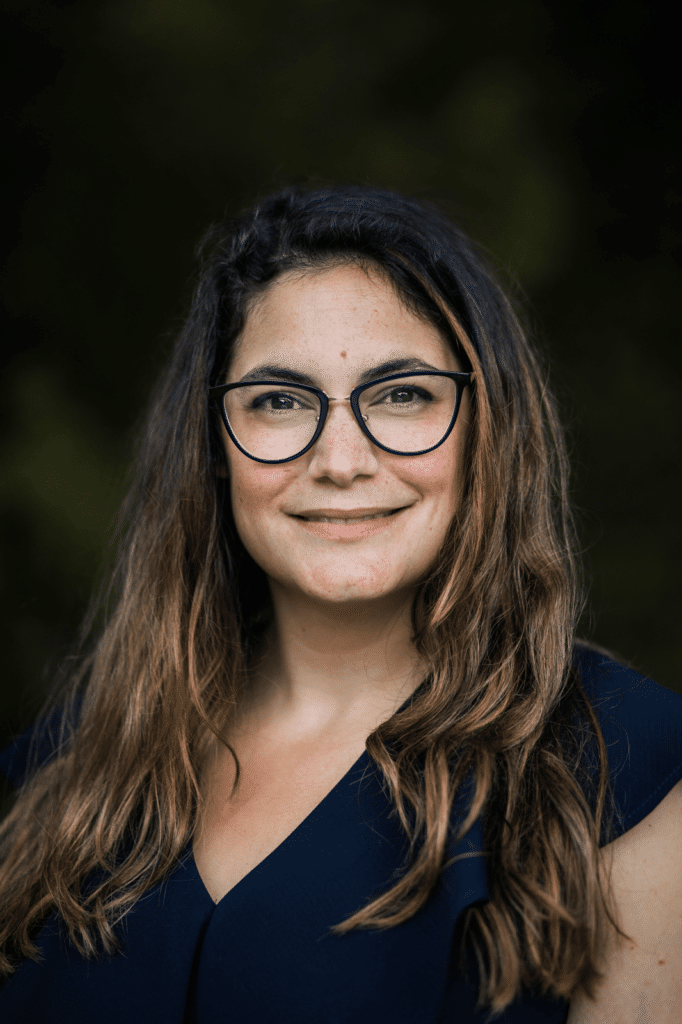 “Ideas for TV shows can come from anywhere – creatives enjoy recalling lightbulb moments in the shower, or hearing snatches of conversations on the bus and even the occasional lucid dreams that miraculously make it onto the notes app of your phone. In the case of Rock Till We Drop – it’s a show that came to be in a brainstorm thanks to a title that made our development team laugh: “101 Direction”. You’ll notice that this is now a pretty dated pun linked with One Direction – and that’s because we first came up with this idea back in 2017, a year or so after One Direction’s split, when Harry’s solo career was taking off.

Unusually for unscripted TV shows, the idea that emerged from this title changed very little from first inception to broadcast on BBC Two. Especially extraordinary as the show’s casting team were looking for contributors while many of the UK’s older population were shielding. It was a series that would bring together talented musicians, who just happened to be over-60, and have them perform in front of an unwitting young crowd – to blow them away and prove, once and for all, that age is just a number. The more we talked about it, the more convinced we were that this was a show that deserved to be made – partly because of how many issues this idea seamlessly covered: ageism, the invisibility of older people on TV, younger people connecting with older acts thanks to streaming, the positive impact of musical performance on physical and mental wellbeing – to name a few. 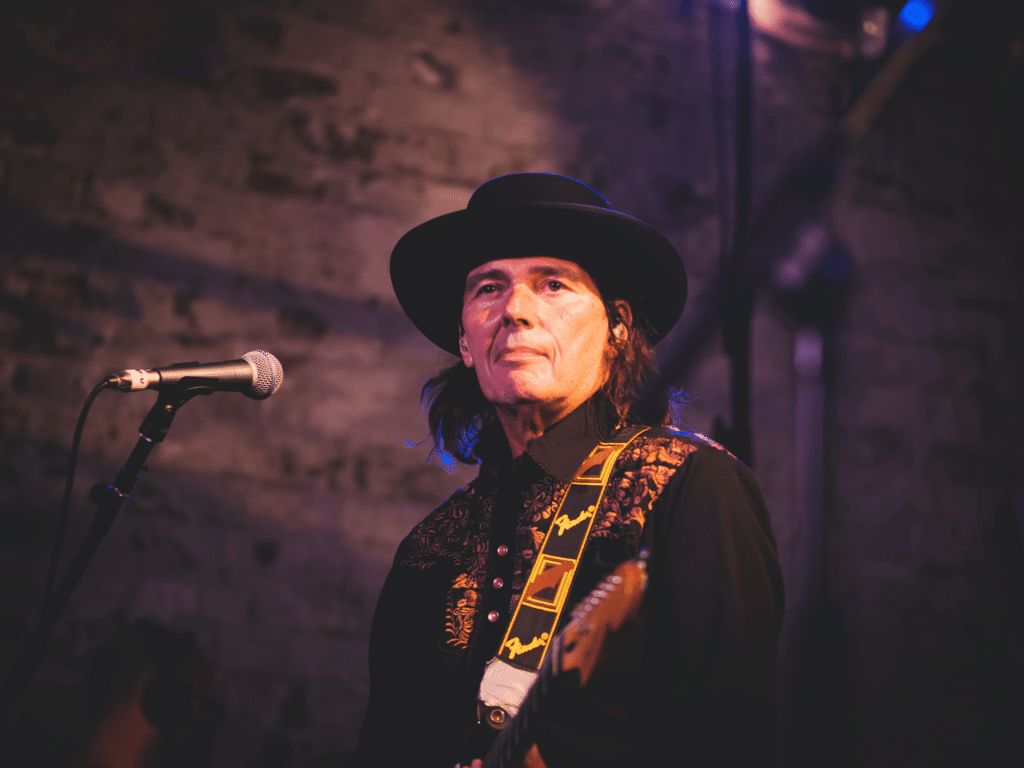 At the time, I was head of development at RDF Television, running a fantastic team of smart, passionate creatives who all contributed to this idea in different ways. As was usually the case in our team, the person who came up with the germ of an idea got first dibs at working it up, and as I came up with the ridiculous title – I had the pleasure of writing up the deck, getting buy-in from our executive producers in-house and broadcasters. Helpfully, RDF now had a track record in making upbeat popular factual shows about older people, as a few years earlier, my colleague Beth Morrey had come up with 100 Year Old Drivers – a documentary for ITV that was so popular, the company ended up making two subsequent episodes, and together, we later developed 100 Year Old Driving School, also for ITV. These were lovingly executive produced by Dan Barraclough, who went on to run Rock Till We Drop. 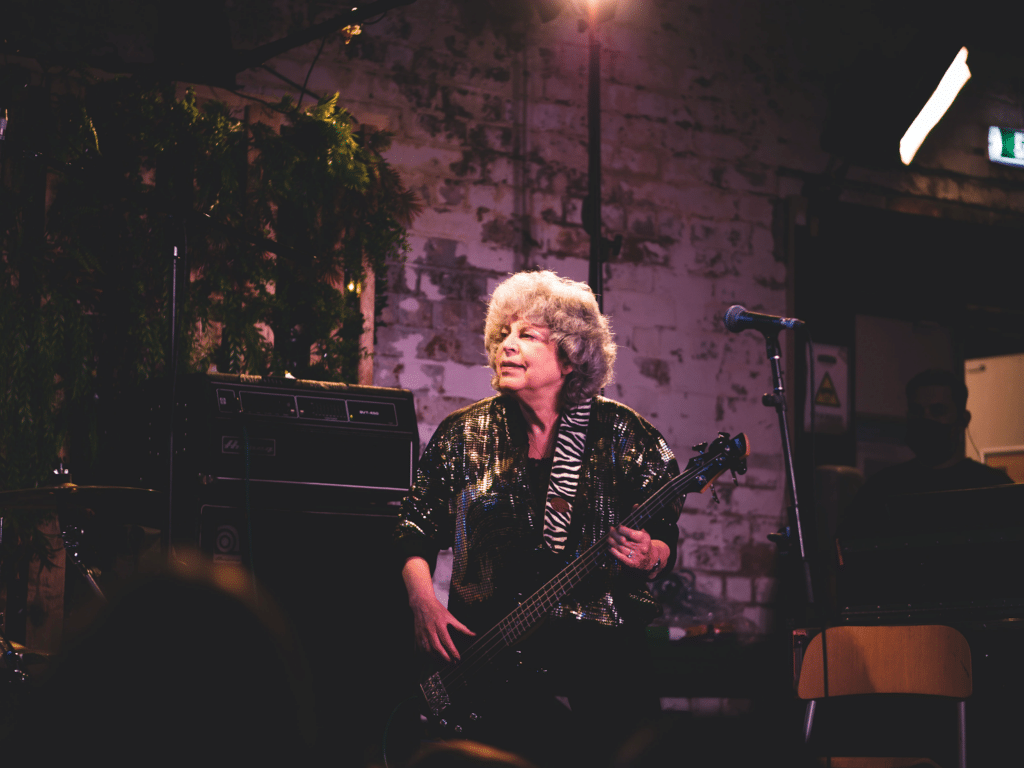 This experience of working with older contributors was critical to the development of the BBC Two series, because we’d made strong connections with community organisations working with older adults – back then, they helped us cast funny, charismatic and thoughtful pensioners who parallel parked into their 90s and beyond, and now many were keen to help us find super-talented older musicians. With these relationships in place, Dan hired an impressive assistant producer called Amy Gibb who had worked on music programming like the Proms and Glastonbury, and had her own network of contacts to dive into for this project. Amy’s job was to do some initial casting of older musicians, to convince ourselves, as well as broadcasters, that our idea was more than a funny title – that there really were older people out there as talented and mischievous as we imagined.

And she really delivered – filming five or six singers, pianists and drummers all performing a rendition of Feeling Good, with bags of personality and humour. My favourite bit of this casting tape was when Amy got these musicians to put on headphones and listen to some ‘modern music’ – everyone from Taylor Swift to Harry Styles and Billy Eilish. One man told us that unless this person called Taylor Swift was extremely beautiful, he would never listen to another note. Another asked if this Justin “Beaver” genuinely had any hits. But aside from the funnies, this tape confirmed our suspicions about this cast – that they were unmistakably gifted, with different stories to tell about their brushes and near-misses with fame and how they and their talents were becoming less visible with every passing year. 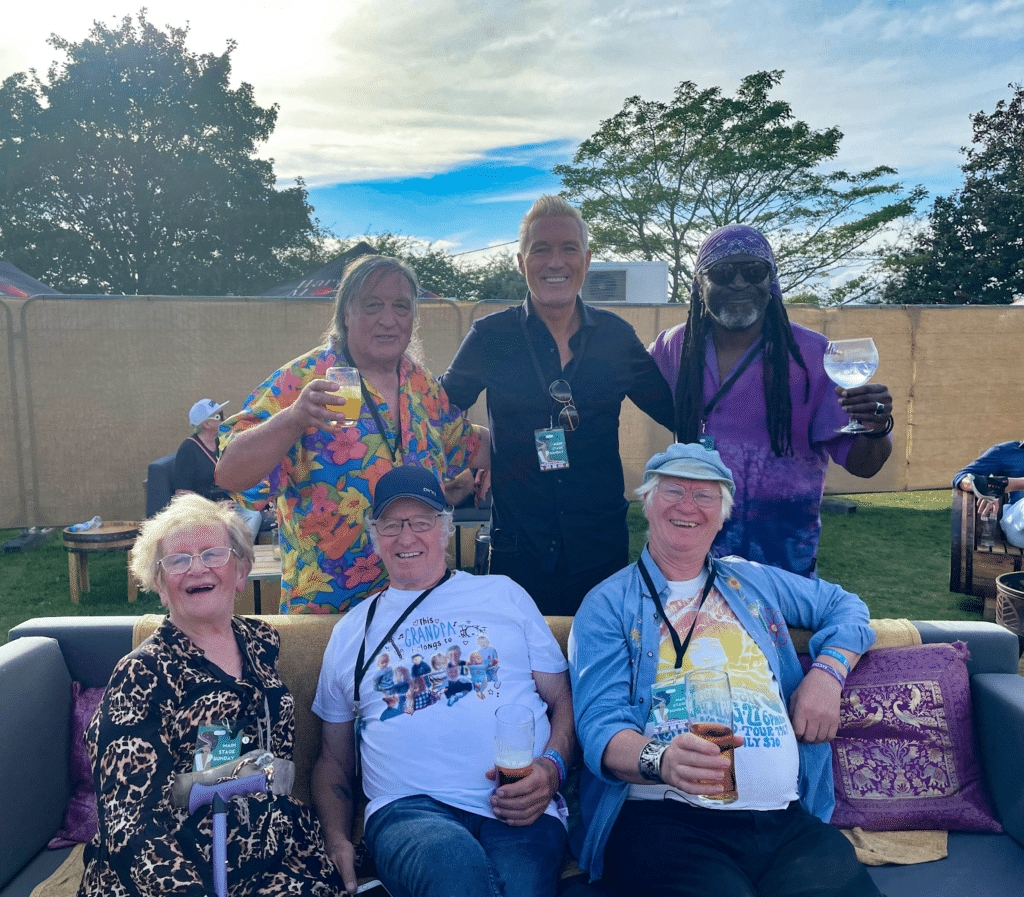 “Ageism in wider society stripped them of their musicality because no one cared to hear them.”

Our show felt like a real opportunity to prove how much society is missing out by silencing these superstars-in-waiting.

We now had a tape that was moving, purposeful and very funny – and in the end, however brilliant we thought our paper proposal was, it was the tape that got us the series.

We sent the tape to BBC Arts, knowing they were looking for a factual series, and within a few weeks we were ecstatic (and relieved) to learn they shared our enthusiasm for this cast and series. Our team re-worked the idea into a competitive series – two bands going head-to-head at the Isle of Wight Festival – and we started to approach famous faces who would act as mentors, selecting and rehearsing the bands in the run-up to the final festival performance. We were incredibly lucky to secure Martin Kemp and Lady Leshurr for these roles, coming from different eras and parts of the industry, but both so passionate about spotlighting this talented cast. Martin was emotional about the power of music to transform self-esteem and confidence, and Lady Leshurr was particularly vocal about the changing role and perception of women in music – which is why she was initially motivated to form an all-female line-up. As the show went into production, the casting team took over, and did an extraordinary job of finding larger than life characters we never usually see on TV. The whole production team did an amazing job in the  face of changing covid guidelines and making sure they always put duty of care of our cast first. 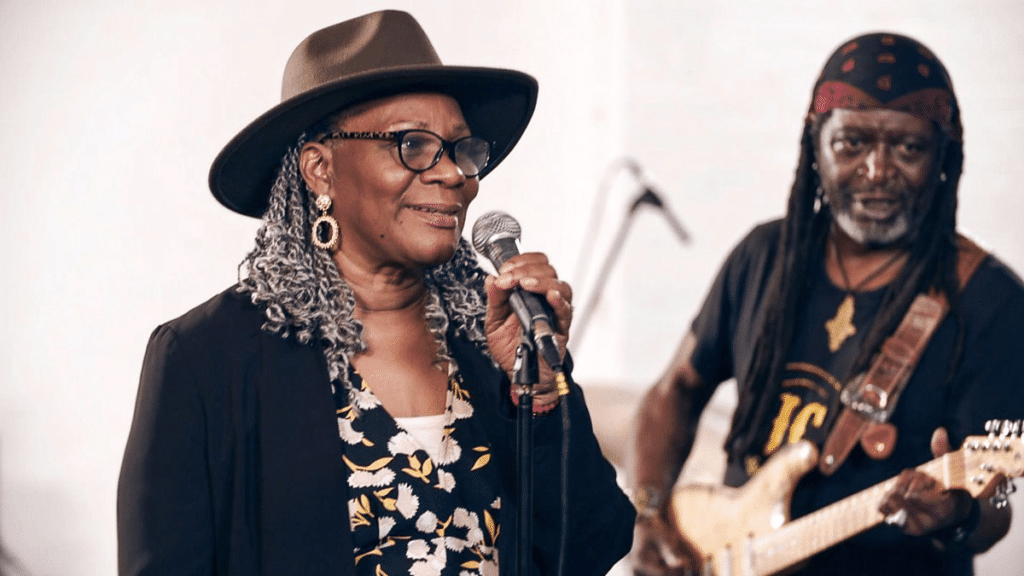 As you’ll see from the series as it progresses – from auditions to call-backs, rehearsals, vintage shopping sprees and growing gig venues – our cast go on a real journey of discovery for themselves and viewers, too. Despite the nerves, conflict and unexpected goodbyes along the way, our hypothesis about musical talent transcending age proved to be true – it kept our cast feeling young and confident and made them happy – and the adoring Isle of Wight crowd felt the same (no spoilers…). 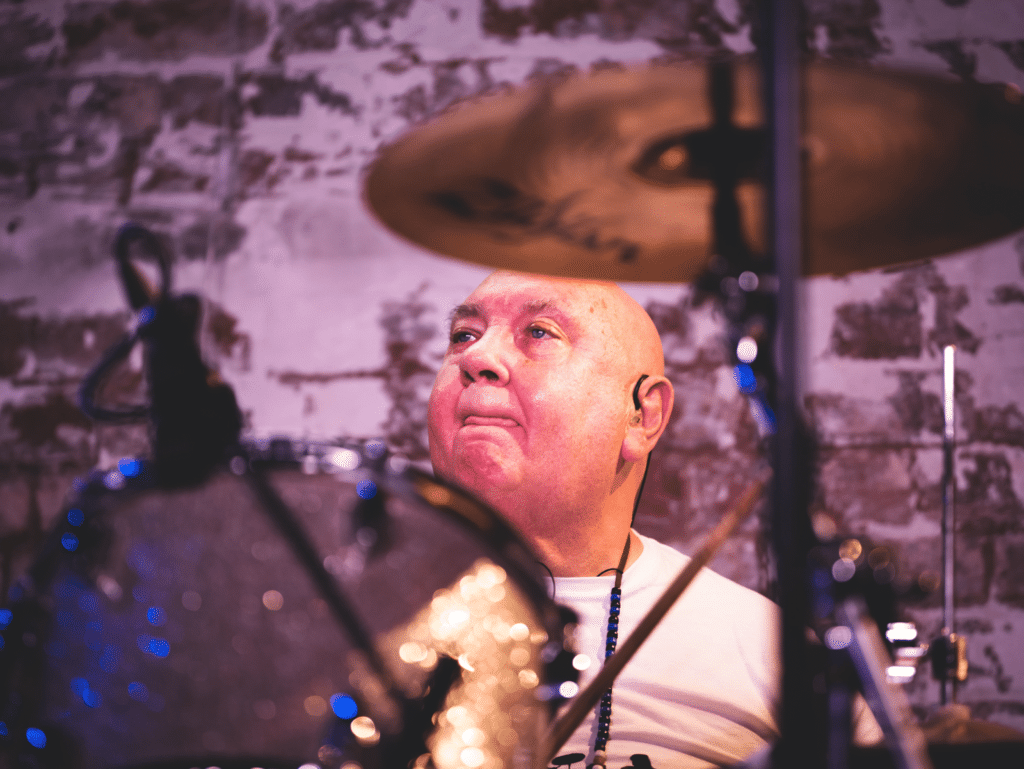 I left RDF at the end of last year, after seven years, and – hand on heart – this series was my favourite to develop. Partly because it really was a labour of love for our development team, but mostly because of the positive and complex portrayal of older age in prime time and the support we got from the BBC commissioning team on it. The characters in the show tell us they’re often defined by their pensioner age in wider society, but for the summer they spent with our dedicated production team – we saw them being funny, open, emotional, dramatic, fearful, mischievous and completely committed to their performance and the series. And we’re so grateful to them for this.

In my time at RDF, we made three prime time series that spotlighted older people in different ways – Rock Till We Drop (BBC Two), 100 Year Old Driving School (ITV) and Lodgers for Codgers (Channel 4) – all of these series necessitated a multi-faceted portrayal of old age, which we received positive feedback about from viewers and contributors. I’m proud that in a world that worships youth, these shows made it to the heart of our TV schedules and I hope they make a lasting impression on those who watch them”.

Mel is a commissioning editor at e4 and you can catch Rock Till We Drop on BBC player here.