"Where's the loo?" is a common thought for all of us throughout our lives. To try to answer this question Jo-Anne Bichard and Gail Ramster created The Great British Public Toilet Map.

At some point in the day, when we are away from home we will need to use the toilet. Accessing toilets in the city is an essential element of the infrastructure that enables everyone to move from one place to another with ease and confidence, whether on foot, cycling or driving. As part of human ageing and life stages, toilets become more of a necessity, be it during menstruation, pregnancy, and menopause as well as in later life due to muscle weakness, and prostate issues.

12% (and rising) of older adults don’t leave their home because of worrying about being able to access a toilet.

In 2006 Help the Aged (now Age UK) published the landmark report ‘Nowhere to go’ and found that the lack of available public toilets directly affected people’s lives, especially amongst the ageing population. The report highlighted how many older people do not leave their homes without knowing and being reassured that there is some level of public toilet provision. A decade and a half ago the report stated that 12 percent of older people felt trapped in their own homes, and that approximately 100,000 older people never go out. It’s likely that these figures have risen with the increase of our ageing population.

“Where’s the loo?” is a common thought for all of us throughout our lives. How many of us have been in an unfamiliar place and wondered where the toilets are, sometimes with the added pressure of needing to get to toilets in a hurry. Knowing that there are not many public toilets left or preferring not to use those that are, where do you go ‘to go’? To try to answer this question Jo-Anne Bichard and Gail Ramster created The Great British Public Toilet Map.

The Great British Public Toilet Map was developed during research undertaken by The Helen Hamlyn Centre for Design at the Royal College of Art. The project consulted with over 100 members of the public and toilet providers to understand the challenges people of all ages faced when managing continence concerns, from a parent needing to change nappies or take toddlers to the loo, to older people needing to access toilets quickly. One issue we found was that due to there being no legislative requirement for the provision of public toilets and with council budgets shrinking, the service was shifting into the private sector, especially with the rise of Community Toilet Schemes. However, many people did not know which toilets they could legitimately access, from one area to the next. The research also found that both providers and users were frustrated by the lack of information about available toilets as at this point there was no national database of public toilet provision.

The Great British Public Toilet Map went live in 2012 and was initially for a pilot area of London Now the map contains information from over 400 local authorities in the UK. The Great British Public Toilet Map is now the UK’s largest database of public and publicly accessible (those in the private sector which the public can freely access) toilets, with over 13,000 listings. The map includes information on accessible, gender neutral and baby changing provision.

Needing toilets is a lifelong necessity, yet some people require more access to toilets than others that found that a lack of toilet provision put a strain on 20 percent of the population, rising to 43 percent for those with conditions that require frequent access to toilets. It is currently estimated that 20.5 million people have a bladder and/or bowel condition that causes anxiety when leaving home because of poor public toilet provision. This can prompt people to dehydrate themselves, which can be dangerous for the ageing body whilst delaying going to the toilet can also lead to medical conditions.

There needs to be design that meets the needs of biology, ability, age and identity including gender and faith, it is not a one size fits all solution.

Time to redesign the toilet as we know it.

There is also the need to consider the design of toilet provision to meet the needs of the ageing population. Routes to the toilets that include stairs, a lack of space for movement in the cubicle or grab rails to assist sitting down on the WC pan and getting up, and a general missing of a sense of safety, privacy and comfort can all impact on a person’s experience of using the facility. These factors can impact decision making on whether to return to a business or area, and as the Help the Aged report found, even leaving home in the first place, resulting in a sense of isolation and loneliness. Public toilets can be considered one of the pinnacles in the advancement of public health, and as public health should include considerations of mental health, knowing where to go ‘to go’ is an essential element of this.

We are all ageing and our bodies and attitudes will change with this natural process. Toileting in public is an intensely private affair, and design needs to be inclusive and consider multiple user needs. There needs to be design that meets the needs of biology, ability, age and identity including gender and faith, it is not a one size fits all solution. Yet there is also the context of where the toilet is situated that needs to be considered. Different places have different requirements. A park toilet, essential for daily exercise, leisure and wellbeing will require a different form of design then a facility on the high street. A facility on the high street will differ from that in a theatre or stadium. Such complex needs and contexts make designing toilets for public use a challenging and rich area for design to make a difference, through research and innovation. 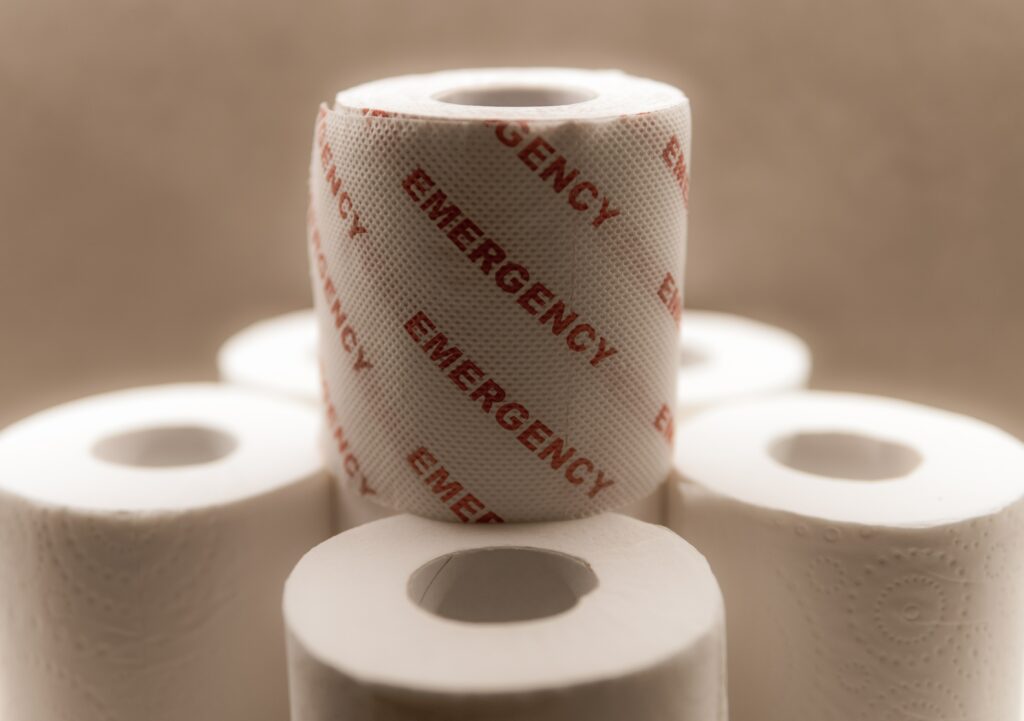 It is estimated that 20.5 million people have a bladder and/or bowel condition that causes anxiety when leaving home because of poor public toilet provision.

Public Convenience Ltd has also partnered with the Catherine McEwan Foundation and tech development company Solus to develop a mobile phone application called Loocation that is currently in beta-testing.