Why age-defying is really age-shaming

Why age-defying is really age-shaming

This Age Thing asks, "how does a culture of youth impact our desire for visibility, and our subsequent acceptance of age-shaming in society?"

The mega-successful designer Vera Wang, 72, was swamped following a social media post in which she wore a crop top and shorts. For some reason this has caused all sorts of waves of excitement amongst many journalists as they thrillingly begged to find out her ‘secret”.  Yahoo referred to the item of clothing in question as an “age-defying crop top”. The Daily Mail headlined the ‘news’ as;

As I gazed at the headlines, and read her age-defying ‘secret’ ( ‘sleep and a vodka cocktail’.) I realised it was making me feel really uncomfortable.

I wanted to look at why such numerous news items make us feel bad about the signs of ageing and the way our bodies change as we grow older. How does this culture of youth impact our desire for visibility, and our subsequent acceptance of age-shaming in society?

Can we just retire the ‘flaunt’ word?

Google’s definition of ‘flaunt’ is this:

“to display (something) ostentatiously, especially in order to provoke envy or admiration or to show defiance: newly rich consumers eager to flaunt their prosperity.”

Flaunt is a very bad word suggesting that the perpetrator is doing something wrong, and isn’t displaying any guilt about it. So is it wrong that she is wearing a crop top? Or that she is old? No prizes for guessing the right answer to that one. Let’s move on to the second accusation — that she had an age-defying secret.

It’s not actually a secret, it’s just someone else’s business

Secrets in the press are sticky things. Not so many years ago Victoria Wood apparently died after a ‘secret’ cancer battle. Most sensible and compassionate people corrected this to a ‘private cancer battle’. The vodka cocktail notwithstanding, Wang clearly works hard on her fitness with regular workouts, which make for a far less sexy headline.

But the flurry of news did make me ponder what we mean by secrets to ageing. Surely they mean a secret to not looking like you are ageing?  Isn’t it time to call out the word-soup nonsense we’re consuming when we read this drivel?

If it’s really great to defy age, what are we waiting for?

Why should we defy age? What is the point?  And why are we only expected to ‘defy’ age when we are over a certain number of years old. Children aren’t expected to age-defy. Imagine the outrage if an eight year is publicly shamed for not looking younger. 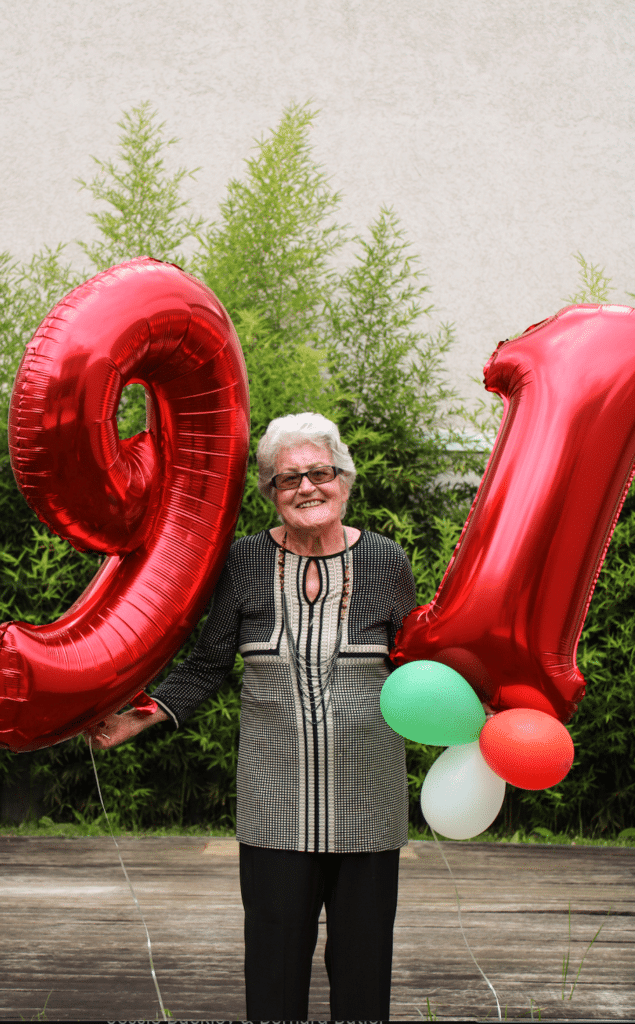 But really how bored must we be as a society to be judging ourselves on growing up? Let’s not be complacent and let headlines twist our sense of pride in ageing. Say it loud. ‘I’m old and I’m proud!’

I’ll drink a vodka cocktail to that.