UNITED BY THE CLIMATE CRISIS

UNITED BY THE CLIMATE CRISIS

There are many myths about the differences between generations – but none are more dangerous and destructive than the claim that it’s only the young that care about climate change.

It has crept into so many discussions about climate concern that it’s become an accepted truth that the young are at war with older generations who are utterly unfussed about the future of the planet.

For example, when Time magazine named Greta Thunberg their person of the year in 2019, they called her a ‘standard bearer in generational battle’.

The US singer Billie Eilish was more direct: ‘Hopefully the adults and the old people start listening to us [about climate change]. Old people are gonna die and don’t really care if we die, but we don’t wanna die yet’.

But, as I examine in my new book, Generations, these stereotypes collapse when we look at the evidence. For example, a major Europe-wide survey has shown that there is no real age divide in the recognition of climate change. Around half of the Pre-War generation think the world’s climate is definitely changing. That figure rises to around six in ten among Gen X (now in their 40s and 50s), the generation most likely to hold this view, with younger generations slightly less likely to be certain.

It’s true that the young are more likely to ascribe this change to human activity than the old, but even here, the differences are not huge: half of the youngest generation, Gen Z, think climate change is down to us, compared with a third for Baby Boomers, who’re in their 60s and 70s.

“It is no surprise that our communications on social issues is woefully stereotypical.”
— Bobby Duffy 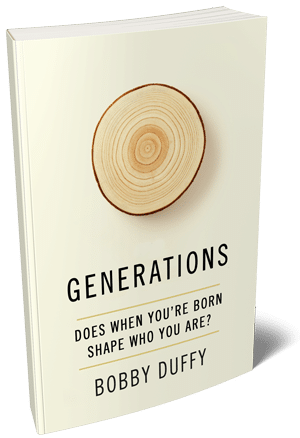 Concern also seems to be shifting up the age range over time. For the past few years, it’s tended to be Gen Z and Millennials who’ve picked climate change out as one of the most important issues facing Britain in Ipsos MORI’s Issue Index. But in the latest study, Baby Boomers are almost twice as likely to pick out climate than Gen Z.

And the cliches are just as far from the truth when we look at how the different generations act. Claims abound that Millennials and Gen Z are ‘purpose-driven’ consumers, only supporting sustainable or socially responsible brands.

But it’s actually Baby Boomers who are most likely to have boycotted a company in the last 12 months in the UK, with Gen Z about half as likely. On this measure at least, ‘cancel culture’ is more of a middle-age thing.

These myths have clearly stuck with the public. In new research conducted in partnership between the Policy Institute at King’s College London and the New Scientist, the public are much more likely to think it’s old people who believe it’s too late to avert climate disaster – when it’s actually young people who are the most pessimistic about our ability to change path. Similarly, people think it’s the young who are boycotting products, with hardly any (correctly) picking out older generations as the most active.

“If we want a greener future, we need to act together, uniting the generations, rather than trying to divide them.”
— Bobby Duffy 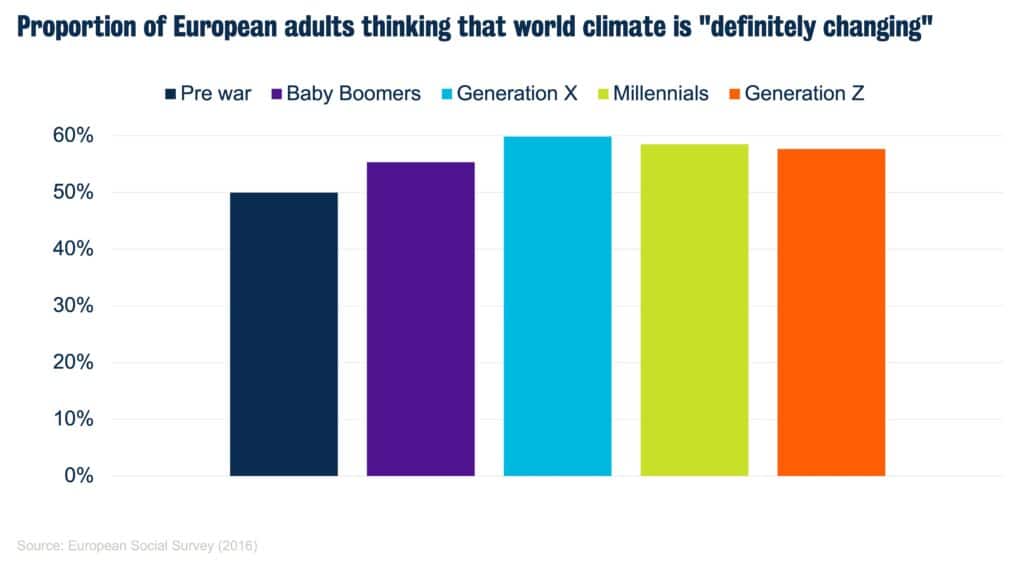 This is important, as we know that our perceptions of the norm affect our own behaviour – and older people are getting the message that their generations don’t care, which risks becoming self-fulfilling.

And it’s particularly vital not to alienate older groups, because of their growing demographic and economic power. In the UK, for example, over-fifties account for around one-third of the population but 47 per cent of consumer spending, which has increased by eight percentage points since 2003. In the US, over-fifties already account for more than 50 percent of spending, and they’ve been responsible for more spending growth in recent years than any other cohort. The figures are staggering: the American Association of Retired Persons (AARP) estimates that, in the US, the over-fifties spend nearly $8 trillion each year – more than the combined GDP of France and Germany.

You would think that smart communications and ad executives would have caught on to this shifting demographic and economic balance a long time ago, given the number of news analysis pieces that have been written on the subject. In fact, one Time magazine cover story noted that some ad agencies were setting up special units to study and reflect older adults as a growing consumer force. ‘There was a time when advertisers behaved as though no one past middle age ever bought anything more durable than panty hose. No more,’ the article reported. 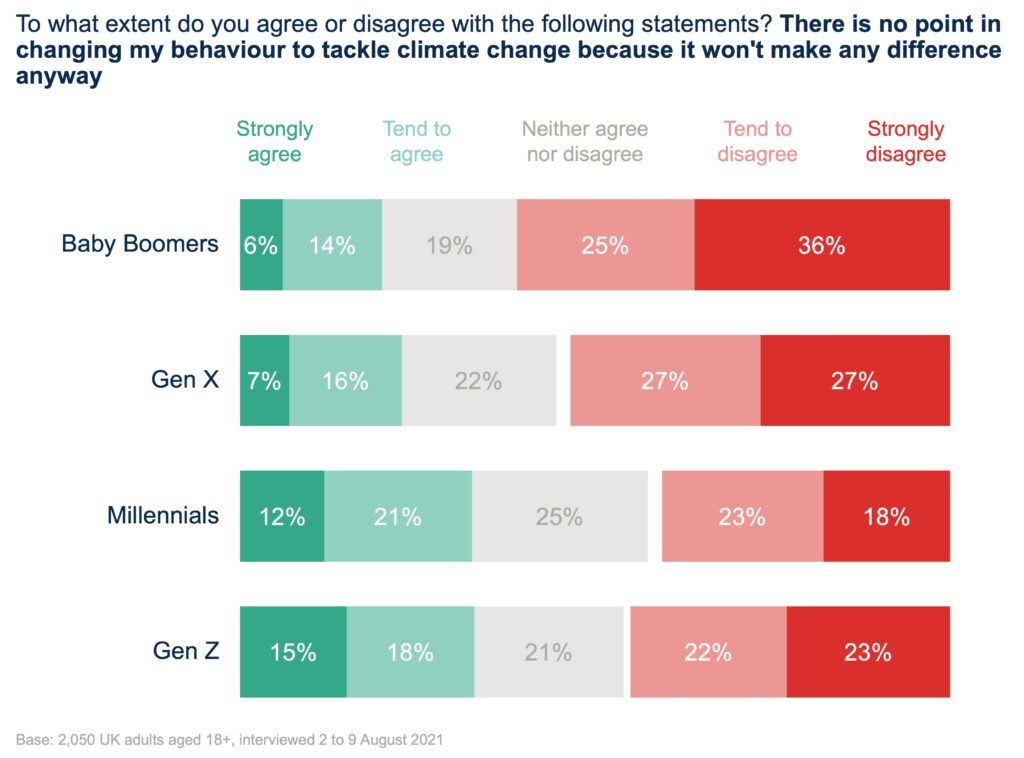 But that story ran in 1988 – 33 years ago – yet surprisingly little has changed since then. The former CEO of a major retailer recently confessed that his company had 12 customer segments for people under 55 years old, but lumped everyone aged 55 or over into one segment.

With this persistently outdated backdrop in areas of life that should be geared entirely to motivating consumer behaviour, it’s no surprise that our communications on social issues is also woefully stereotypical. 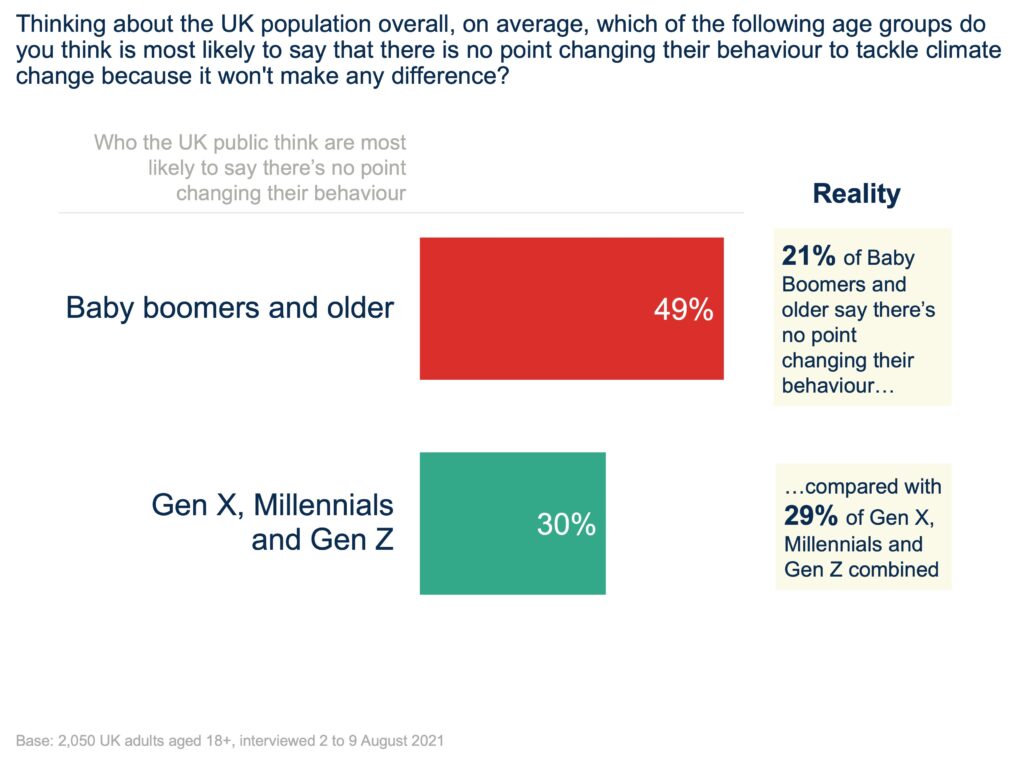 This unthinking ageism that has crept into much of the discussion about climate change is, therefore, far from unique – but it is a serious problem. It completely misreads the strength of connection up and down generations, where parents and grandparents care deeply about the legacy they’re leaving for their children and grandchildren – not just their house or jewellery, but the state of the planet.

It also kicks the can down the road, placing massive expectations on coming generations of young to deliver a break from the past – when there is nothing in the evidence to suggest they are markedly different. 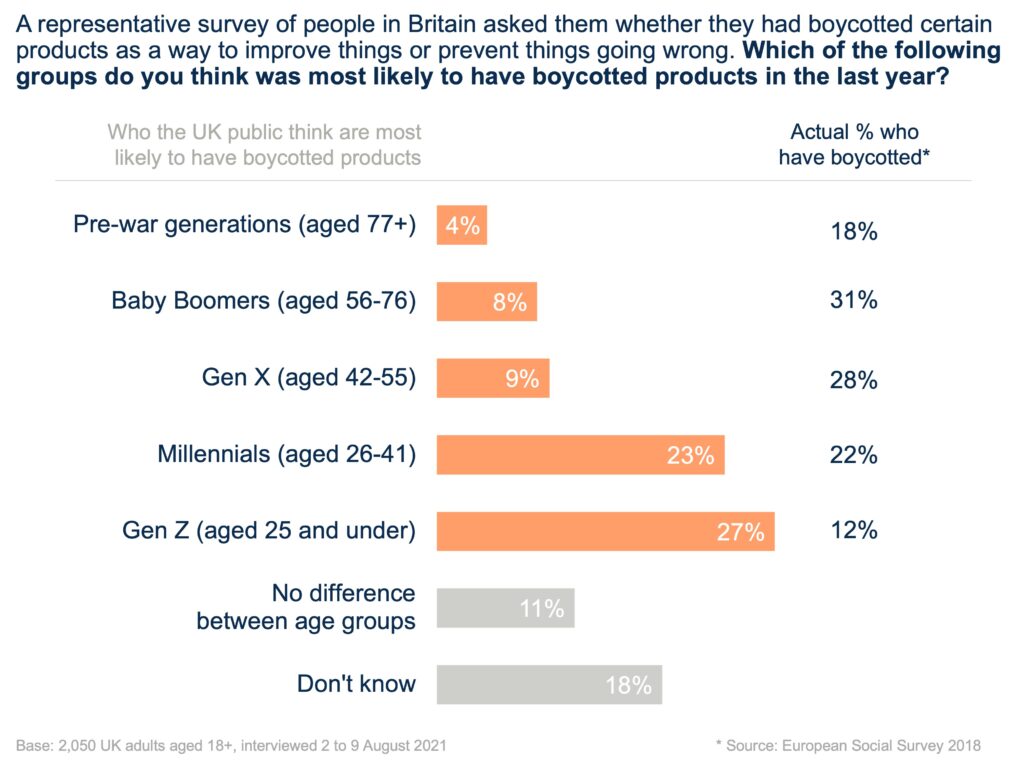 But most importantly, it ignores the growing demographic weight and financial power of the older population. Our societies are ageing, and older people are getting richer: in the UK, over-fifties account for around one-third of the population but 47 per cent of consumer spending, which has increased by eight percentage points since 2003.

Creating or exaggerating differences between generations on climate is, then, a particularly self-defeating approach to a potentially existential challenge. If we want a greener future, we need to act together, uniting the generations, rather than trying to divide them.

Professor Bobby Duffy is Director of the Policy Institute at King’s College London. He has worked across most public policy areas in his career of nearly 30 years in policy research and evaluation, including being seconded to the Prime Minister’s Strategy Unit.

Bobby also sits on several advisory boards including Chairing the Campaign for Social Science and the CLOSER Advisory Board, is a member of the Executive of the Academy of Social Sciences, and is a trustee of British Future and the Centre for Transforming Access and Student Outcomes in Higher Education.

His first book, The Perils of Perception – Why we’re wrong about nearly everything, was published by Atlantic books in several countries, drawing on a set of global studies on how people misperceive key social realities.