How to eat your way into your 100s

How to eat your way into your 100s

By studying the diet and lifestyles of the Blue Zone inhabitants, scientists have been able to establish a clear link between diet, lifestyle and our capacity to live healthier, longer lives.

If you haven’t heard about the Blue Zones, where have you been? Blue Zones are the five biggest longevity hotspots on the planet.  Named after the blue circles researchers drew on maps during their research, five clear places were identified as having significantly higher numbers of healthy people over the age of 100.

The zones were: Sardinia, Italy; the islands of Okinawa, Japan; Nicoya Peninsula in Costa Rica; Ikaria, Greece; and Loma Linda, California.  By studying the diet and lifestyles of the Blue Zone inhabitants, scientists have been able to establish a clear link between diet, lifestyle and our capacity to live healthier, longer lives.

An early indicator of the importance of diet was  the Seven Countries Study, which was sparked by the macabre discovery in 1972 that men in the Finnish region of North Karelian had the highest rate of heart attacks in the world, dying on average ten years earlier than their healthier counterparts elsewhere.

In response to the emerging epidemic, the Finnish Minister of Health appointed a doctor and scientist called Pekka Puska, to tackle the problem. Puska studied the diet and lifestyle of the North Karelians and then worked towards an extensive reduction in subjects’  blood pressure through diet and education via community outreach programmes and initiatives.

By using an epidemiological approach, Puska found that since the Second World War, smoking had increased and the Finnish regions’ diet had also changed dramatically and was now very high in meat, salt and butter. Puska pioneered a series of strategies to encourage families to replace some of their meat and animal fat content with good oils, fruit and vegetables which are the mainstay of Blue Zone inhabitants. Over the next few decades this approach lowered the rate at which men were dying young of heart attacks by a staggering 80 percent. 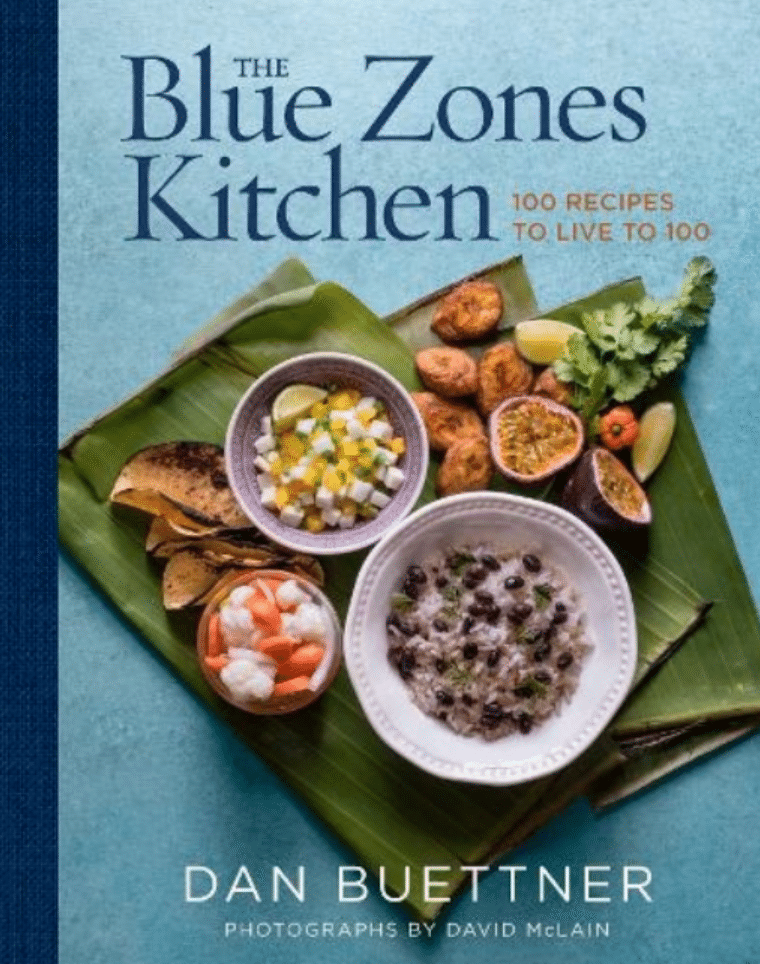 Longevity guru Dan Buettner has discovered clear links between Blue Zone eating and living longer and has published a recipe book with life-extending recipes using ingredients and cooking methods proven to increase longevity, wellness, and mental health.  Eating the Blue Zone way means replacing much of your meat and dairy with fruit, vegetables, grains and legumes like lentils and chickpeas.

So next time you fancy a bacon sandwich, maybe switch that salty meat out and add some healthy years to your lifespan. What could be a more delicious prospect?

You can find out more about the Blue Zones here .

And you can buy the Blue Zone cook book at all good booksellers.