Reading this book will extend your life by 7+ years

Reading this book will extend your life by 7+ years

It might be an idea to get your hands on a new book called Cracking the Age Code by Professor Becca Levy. This is a book which will disrupt your views, it will change the way you think and add up to seven and a half (better) years to your life.

Agetech, the subterranean world in which top scientists and pharmaceutical companies race to produce age-reversing technology, has — in case you haven’t noticed — been having a moment. And, given that there are (for the first time in human history) more people on the planet over 60 than under 5, this is clearly where the smart money is.

Some of the promises exploding out of the research may, on the face of it, have more in common with the Marvel Universe than reality. For now it might be an idea to get your hands on a new book called Cracking the Age Code by Professor Becca Levy. This is a book which will disrupt your views, and possibly your experiences of ageing. Whether you read the whole thing or not, it will change the way you think – adding up to seven and a half (better) years to your life. 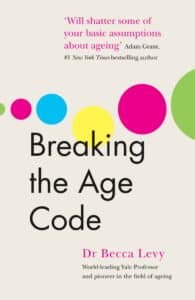 Professor Levy is the leading authority on how beliefs about ageing influence ageing health,  Her book’s full title, Breaking the Age Code: How Your Beliefs About Aging Determine How Long and Well You Live, is a goldmine of revelations with impressive research behind it.

Here at This Age Thing we’re passionate about changing the prevailing — and in the most part destructive —age narrative forever. Levy’s book is offering us all an age bonus, with immeasurable benefits.

Levy’s book is offering us all an age bonus, with immeasurable benefits. Ageist attitudes stop older adults developing and fulfilling their ambitions and get in the way of all of us leading full and thrilling later years.

Ageism takes on so many different forms. From discrimination in the workplace to everyday ageism.  From supposed rules about  what we wear, where we go and how we should behave, to the shame we are often expected to feel about displaying natural signs of ageing. It’s time to push back on the invisibility cloak that much of society seeks to throw over us the second we turn 50, or 60 and beyond. 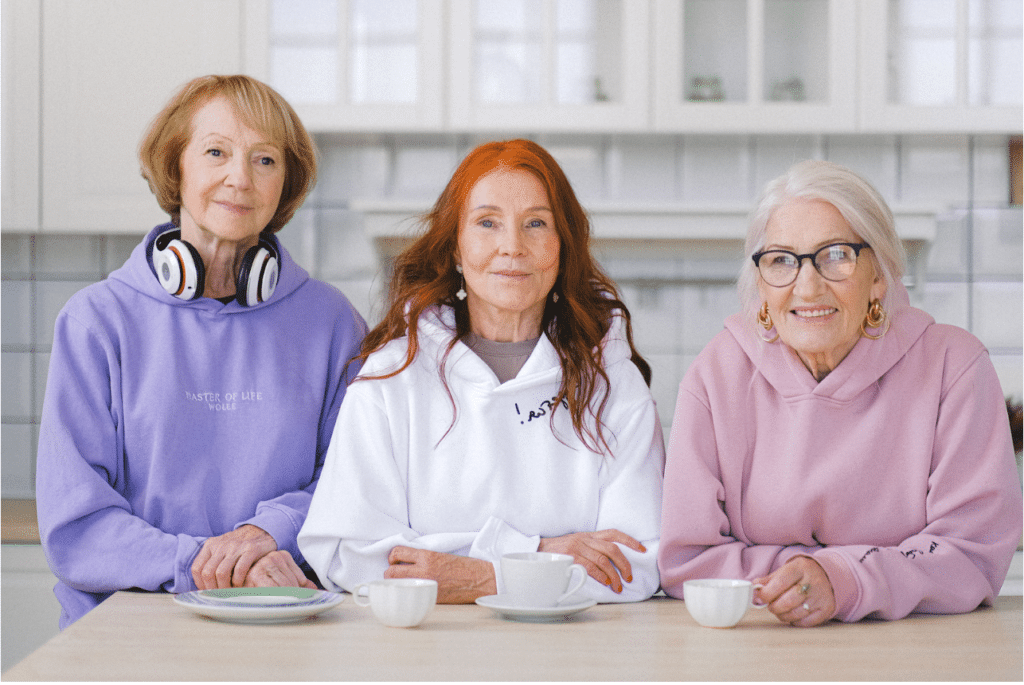 Attitudes to age and ageing differ depending on many factors, During her research, Professor Levy asked the people she met to give her the five words that sprang to mind they thought about  ageing. In China one of the most popular words was ‘wisdom’. In the U.S, the most common answer was ‘memory loss’. The negative narratives of age being synonymous with decline will continue to damage us, to cost our health service money, to result in earlier retirement, more depression, isolation and all the ripples these stones create in the future lives of those concerned. Positive age beliefs really are a matter of life and death, or at the very least leading a happy life, or a miserable one.

Given the increasing ‘grey wave’ of the world’s population, books like Levy’s are essential reading.  By advocating for the immense, and actually rather magical power of a positive age belief, maybe this new older age of humans could help to build a kinder, more inclusive world.

Dr. Becca Levy, the leading authority on how beliefs about ageing influence ageing health, is Professor of Epidemiology at the Yale School of Public Health and Professor of Psychology at Yale University. Her path finding studies have changed the way we think about aging and have received awards from the American Psychological Association, the Gerontological Society of America, and the International Association of Gerontology and Geriatrics. Dr. Levy has given invited testimony before the US Senate on the adverse effects of ageism and has contributed to US Supreme Court briefs to fight age-discrimination. She serves as a scientific advisor to the World Health Organisation’s Campaign to Combat Ageism.

She received her Ph.D. in Psychology from Harvard University and completed a postdoctoral fellowship at the Division of Aging and the Department of Social Medicine at Harvard Medical School. Her expertise on ageing is frequently sought out by outlets such as, The New York Times, NPR, and BBC.

You can find out more about Professor Levy’s work at https://becca-levy.com/

You can but Becca Levy’s book at all good booksellers. 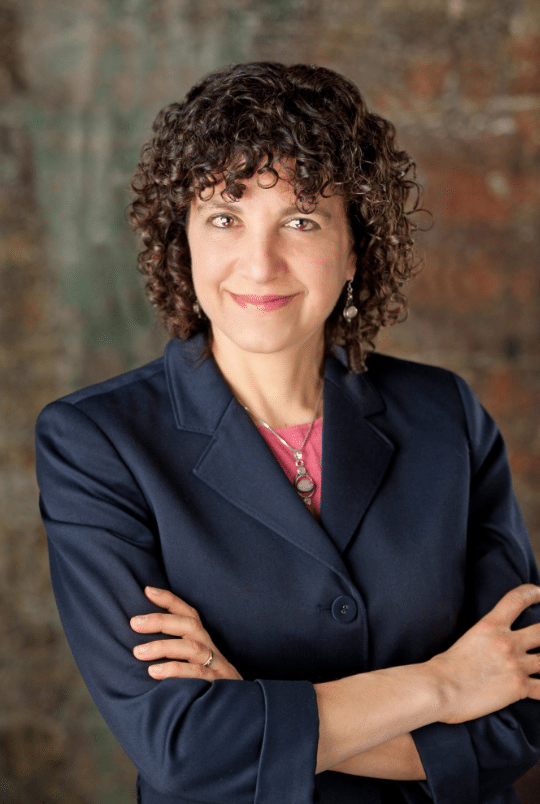